Gore Vidal, the venerated American writer and intellectual, will long be remembered for both his acerbic wit and his long-running legal dispute with William F. Buckley.  Now, his legacy is playing out in another legal battle, this one fought by his half-sister and nephew against the trustee of Mr. Vidal’s trust.

Gore Vidal created and executed his estate plan in 1995, leaving his substantial estate to his longtime partner, Howard Auster.  If Howard Auster were to pass away before Mr. Vidal, then Mr. Vidal’s property would instead benefit charities of the trustee’s choosing.  In or about 2002, Mr. Vidal amended his trust to provide that if Howard Auster predeceased him, Mr. Vidal’s house would pass to his nephew, Burr Steers.  In 2003, Howard Auster passed away.

By all accounts, the next decade of Gore Vidal’s life was filled with booze and depression.  Mr. Vidal frequently lashed out at friends and family members, and grew more negative and angry as time passed.  According to his nephew, he also suffered from dementia and Wernicke-Korsakoff syndrome, which is sometimes referred to as “wet brain.”  Mr. Steers argues that these conditions made Mr. Vidal incapable of understanding what he was signing when he amended his trust again in 2011, approximately two years prior to his death.  The 2011 amendment left all of Mr. Vidal’s property to Harvard University, save for some artwork that was left to the Huntington Library.

Mr. Vidal’s half sister, Nina Straight, initially filed a lawsuit against the trust, challenging all of the trust documents going back to 1995, and claiming that her brother was unduly influenced to leave his fortune to charity.  Her challenge did not succeed, and she was required to dismiss her petition earlier this month.

Mr. Steers’s lawsuit against the trust is still pending.  A hearing on the trust’s motion for summary judgment is scheduled for June 15th.

Mr. Steers had also filed a separate lawsuit against White & Case LLP, Mr. Vidal’s former law firm who prepared the 2002 amendment, for negligence.  Mr. Steers alleged that White & Case were negligent in transferring the trust files to Gore Vidal’s new law firm before the 2011 amendment was prepared, because they neglected to include the 2002 amendment to Mr. Vidal’s trust which named Steers as a contingent beneficiary of his house.  Court records reflect that that lawsuit was dismissed by Mr. Steers in March 2015. 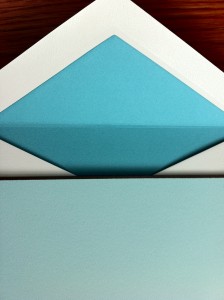 It seems appropriate that my first blogpost on the Cates Peterson website is an announcement of my article in the current issue of Orange County Lawyer magazine entitled:   “Is California Ready For Service of Process by Social Media?”  (it starts on page  37)

The article is a short discussion of a fascinating case from New York in which a judge allowed service of process to be made by Facebook Messenger — and no other means.  Do you think we’re ready for this?  Everyone I’ve talked to about this recoils from the idea at first, but when you think about it a little bit longer why is it better to publish a legal notice in the Orange County Register?  When was the last time you went to that section of the newspaper to look for anything?  Or better yet — when was the last time you looked at a print version of a newspaper at all?

We are proud to announce the launch of our revamped website. The new website offers fresh content and a better look at who we are and the services we offer. Additionally, we expect to bring value to clients by posting periodic updates on topical legal issues on our Blog/Articles page. Take a look around and let us know what you think!